a cell-free DNA test is a type of test that should be done during pregnancy. This test is usually done by pregnant women at the beginning of the first four months, and researchers obtain pieces of fetal cell DNA through the pregnant mother’s blood and examine a lot of fetal genetic and genetic information. This test is one of the tests that must be done in time and at the beginning of four months, because in this period of time, fetal DNA is formed and its information enters the mother’s blood, and if later than the stated time to get this Testing at screening laboratories The fetus’s DNA is purified from the mother’s blood and is no longer likely to be tested, and as a result, not testing it may pose a risk to the fetus. By performing cell-free DNA testing In addition to knowing the genetic status of the fetus and information about diseases such as Down syndrome, other hereditary and trisomy diseases such as trisomy 12 and trisomy 18 and 22 can also be found, and this information indicates that this test is much more advanced. From Screening tests are first and second because they provide doctors with more genetic information. 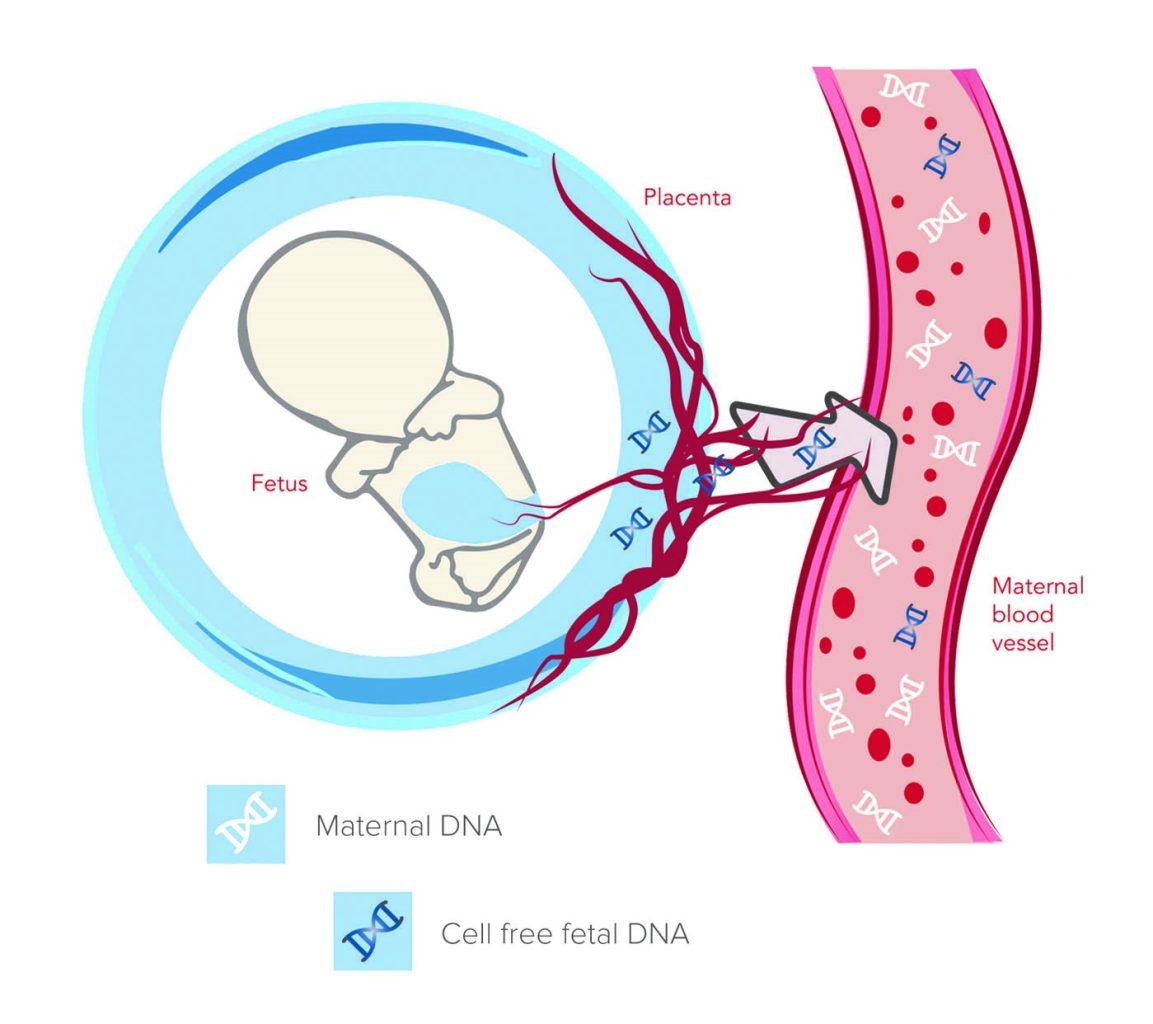 What are the different uses of cell-free DNA?

Cell-free DNA testing has many different uses. In this part of the article, we review the most important applications of cell-free DNA.
The first application of this test is that according to the many types of research that have been done on how to perform this type of test and the information obtained through it, it shows that the probability of error in the answer of this test is about 4%. Therefore, the power of this test is very high in showing the chromosomal information of the fetus that directly affects his/her life.
Because cell-free DNA testing It is performed in the fourth month of pregnancy and in this month the fetal heart is somewhat formed. This type of test can not have a detrimental effect on the health of the fetus or cause an abortion, but as you know, repeated ultrasounds during pregnancy due to X-rays can damage the health of the fetus, which is why it is said that you should not have more than 4 ultrasounds during pregnancy.

Other pregnancy tests usually look only at chromosome number 21 of the fetus and only research on this chromosome and the sex chromosomes of the fetus, and therefore the information obtained through such tests is quite limited. But cell-free DNA testing generally looks at the entire sequence and length of fetal DNA, examines each of the chromosomes, chromosomes 1 to 24, and detects any abnormalities in them. Therefore, by performing this test, the rate of diseases and genetic abnormalities is minimized. 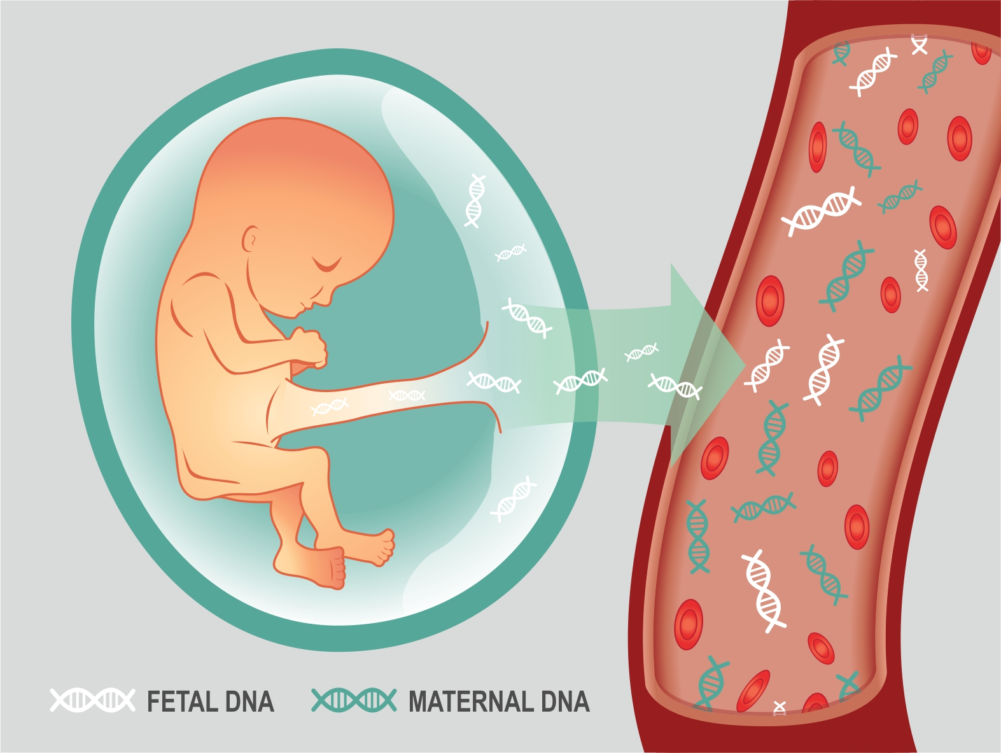 Due to the fact that very laboratory equipment is used to perform cell-free DNA testing, the response time to this test is very short and it takes about a week.
The test result will be positive when the fetus has a genetic abnormality on one of its chromosomes or if there is a high probability of developing an abnormality in the fetus, but if the fetus has no problems, the test result will be negative. It will be given.

The results of this test should be checked by geneticists and obstetricians, and its definite positive or negative should be stated by experts in this field. Today, this test is usually performed in the laboratories of provincial centers, and only certain laboratories are able to perform such tests, but in the coming years, with the development of laboratory systems, most laboratories will be equipped to perform this test.
Some other inherited diseases that are known in the chromosomal structure of the fetus, such as type 1 diabetes and thalassemia, are also identified through this test, but these types of diseases are usually not considered genetic abnormalities and are called inherited diseases.